HomeGet in the gameCast and studios

Meet the stars of our video and the studios behind them

Montréal-based studios are behind a huge number of global blockbusters and the most popular video games. Did you know that the cast of characters and the films you see in our video all have a strong Montréal connection? 18 studios that contributed them or helped create our clip represent a great cross-section of the different types of studios that thrive here: from the biggest ones in the world to the smaller ones on the brink of world domination. Let’s take a closer look at each of them, in order of appearance.

It is only fitting that the starring role in our video goes to a character developed here in Montréal by the biggest video game studio in the world, Ubisoft. We’re used to seeing Ezio Auditore, from Ubisoft’s massively popular (more than 100 million players!) Assassin’s Creed franchise, seek vengeance and fight evil knights. We took him on a much happier stroll through Montréal, full of friendly encounters with the rest of the cast of our video.

Montréal’s video game landscape would not be what it is today without Ubisoft. The French studio set up shop here in 1997 with the goal to expand globally. It has certainly done that, growing into the biggest game studio in the world. Ubisoft has been a motor in the Montréal video game ecosystem, attracting studios and qualified talent to the city, and supporting up and coming studios through events like its Indie Series. 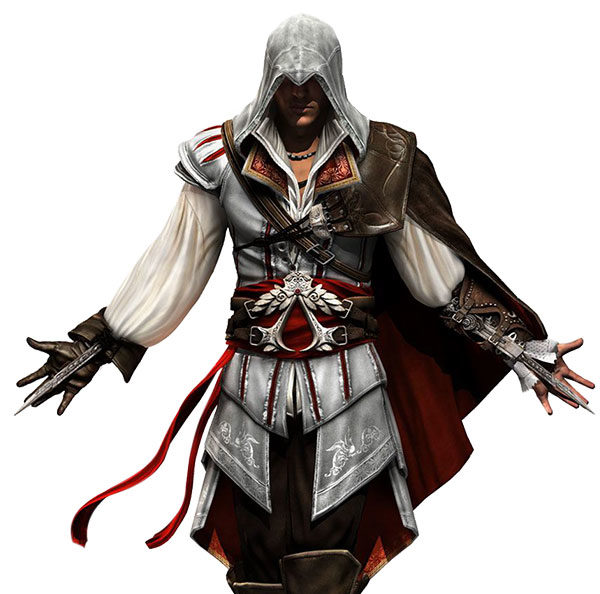 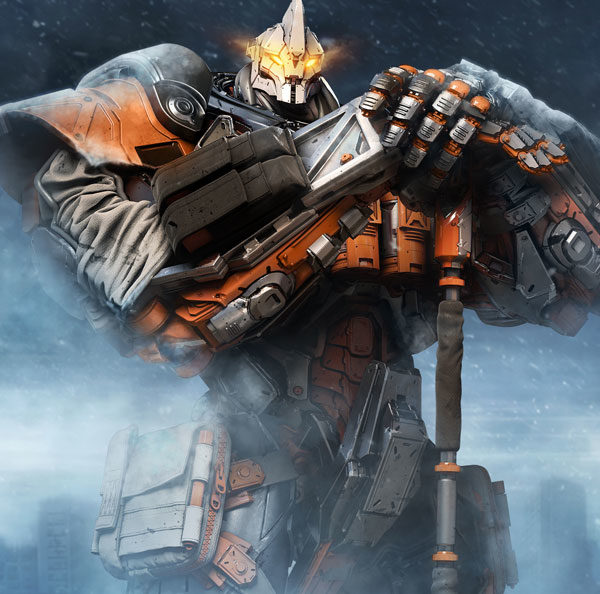 The mighty Vanguard, who watches over Montréal’s Olympic Stadium in our video, is fighting waves of enemies in his day job as one of the main characters of Livelock, the first video game created by Tuque Games.

As its name suggests, Tuque Games is a homegrown studio, founded in Montréal by Jeff Hattem in 2012. The success of its first game Livelock gave the studio a solid foundation to thrive. Its team, which continues to grow, is currently working on the hotly anticipated Dungeons and Dragons: Dark Alliance game, slated for release in June 2021.

Batgirl makes an appearance courtesy of WB Games Montréal. She is one of the main characters of the highly anticipated Gotham Knights game, slated for release in 2022.

WB Games Montréal was founded in 2010 by Warner Bros. Interactive Entertainment. It now has more than 300 employees and continues to grow. The studio is focused on developing games based on the DC universe and is best known for the game Batman™: Arkham Origins. 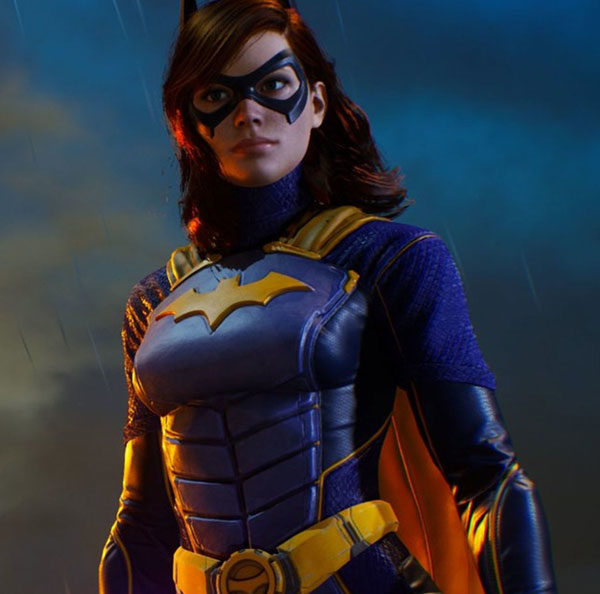 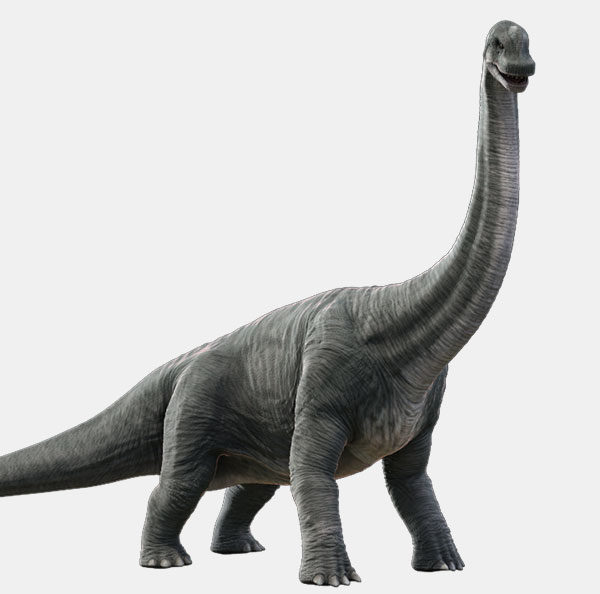 More than 12 metres high and weighing in at 56 tons, Brachiosaurus was huge. So is Jurassic World Alive, an augmented reality mobile game based on the 2015 movie Jurassic World. The game has made over $110 M in sales since its launch in 2018 and attracted over 26 million players.

Mobile games are the specialty of Ludia, one of Canada’s leaders in the field. Ludia’s 400-strong team is developing original games based on internationally recognized brands such as Jurassic World Alive, Teenage Mutant Ninja Turtles: Legends, Jurassic World™: The Game and many more. Ludia is always searching for creative talent, locally and internationally.

The eternally youthful Scooby Doo was born in 1969 and has been part of childhoods of generations of people all over the world since then. In our video, we see its latest iteration straight from the 2020 film SCOOB!, developed at the Montréal studio of Reel FX for Warner Brothers.

Texas-based Reel FX opened a state-of-the-art Montréal studio in 2018, and now employs more than 400 people and counting. Reel FX’s Montréal team is currently working on two new exciting projects: Rumble (Paramount), and Back to the Outback (Netflix). Reel FX artists have received the most prestigious accolades in the industry, including Academy, Golden Globe, Emmy, Annie and Clio Awards. 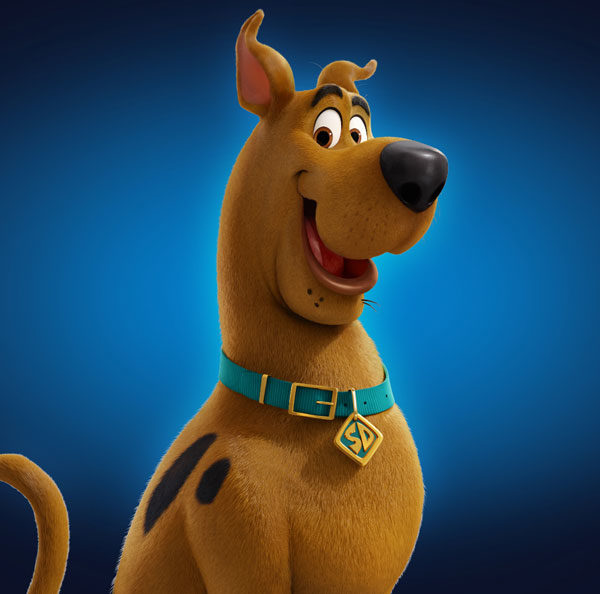 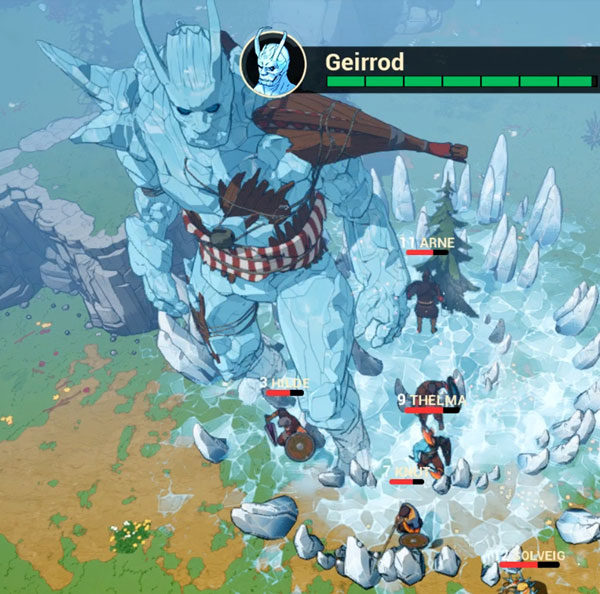 The blue giant you see giving Ezio the side eye is Geirrod, from the upcoming Tribes of Midgard game, which will be published in 2021 by Gearbox Publishing and available exclusively on PS4/PS5. Geirrod has its origins in the Norse mythology, and is one of four giants from which the players of Tribes of Midgard will have to protect their village.

Norsfell, an up-and-coming game developer based in Montréal was established in 2013. Its team grew from 10 to 25 and is set to expand even more. Norsfell was one of the first winners of Ubisoft’s Indie Series in 2017. They recently signed with Gearbox Publishing and are well on the way towards new and exciting horizons.

Reel FX Animation thrives in Montréal. With so many great projects on our slate, Montréal is the perfect place to create our feature-quality animated films. The excellent talent pool, friendly business environment, and rich culture are incredible.

Montreal's video game ecosystem is one of the most solid and dynamic in the world. It is only natural for us to give back to this community which has given us so much.

CEO and Minister of Creation, Norsfell

Known for its quality of life, diversity, talent along with a vibrant and artistic culture, no wonder the video game industry is booming here! Locally founded 14 years ago, Ludia is proud to be part of this project which reflects the exciting future that awaits Montréal.

Since 2000, Gameloft has been constantly reinventing itself by creating new gaming experiences. The Montreal studio is one of few capable of producing an entire game locally, thanks to support teams. Our team therefore plays a key role in launching new projects for the entire group. The experience and know-how here allow us to have a competitive advantage in the gaming industry and impact the trends of tomorrow.

The cute and mischievous cats that greet Ezio at his office come courtesy of Cat Game by Mino Games. The Mino Games team launched the Cat Game in 2017, a year after moving the studio from San Francisco to Montréal, and it was a great success. So was Mino Games’ move to Montréal. The studio now has over 75 employees and is on the verge of launching multiple projects, including the upcoming Dog Game later this year. And that is only the beginning: Mino Games plan to become the Pixar of mobile games, and are committed to making it happen through finding, hiring and bringing the best talent worldwide to their new home city. 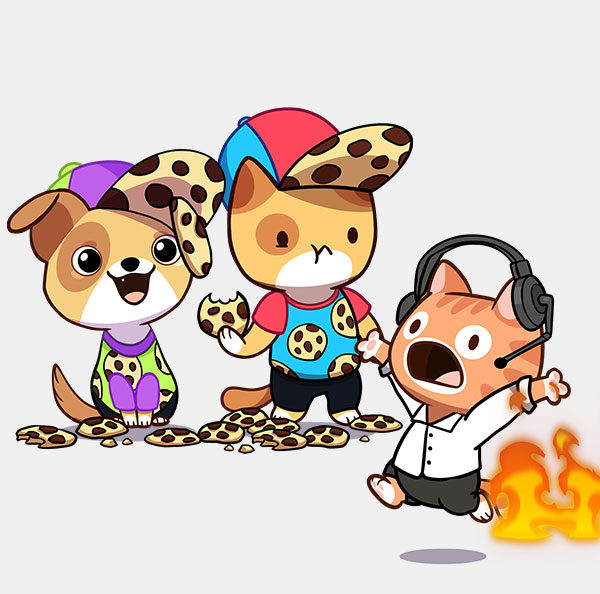 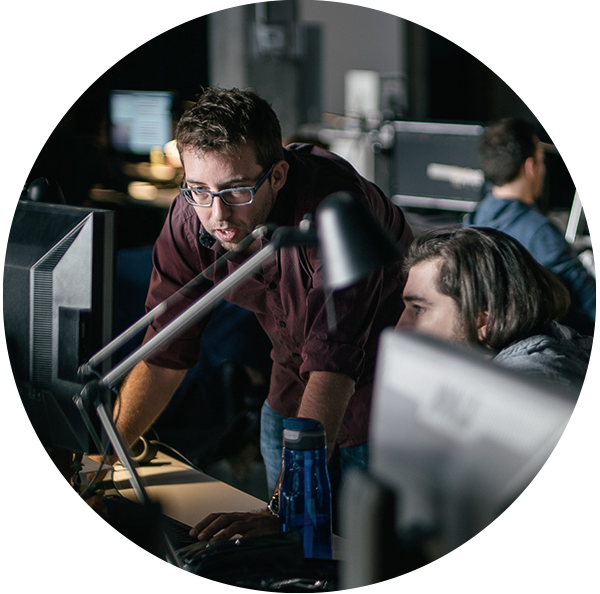 Rodeo FX, which has headquarters in Montréal and studios in Québec City, Los Angeles and Munich, is one of the major players in the animation industry. Thanks to a happy coincidence, BLVD MTL joined the Rodeo FX family just as they were starting to work on our video. Rodeo FX animation artists loved our project so much that they decided to take BLVD MTL’s initial concept to the next level and invested many (many) hours of animation work for the result you see today. Besides our own mini blockbuster, Rodeo FX’s Montréal team typically works on global blockbusters, such as Stranger Things, a clip from which you see in our video as well.

And so much more...
Legendary Entertainment

If we wanted to show all the films, TV series and games that were developed in Montréal, our video would take hours. In 2019 alone, local artists worked on over 225 visual effects and animation projects. The sample you see in our video is a snapshot of what Montréal studios and their teams are developing every day.

We thank all of these studios for their collaboration in our video.