AP&C Advanced Powders & Coatings, a GE Additive company specializing in the production of metal powders designed for additive manufacturing, is expanding its Greater Montréal operations, in part by increasing its production capacity and supporting the implementation of Industry 4.0 technologies. The company intends to add up to 75 skilled, well-paying jobs over five years in connection with the global expansion project. It’s the second phase of AP&C expansion plan which in 2017 inaugurated a new $31 million facility and created more than 100 jobs in the region.

The project involves expanding the company’s Saint-Eustache facilities on Montréal’s North Shore, in addition to acquiring specialized equipment and Industry 4.0 technologies. The project will enable AP&C to increase productivity and improve its technology for producing metal powders designed for 3D printing, a process that is very popular with the aerospace and biomedical industries as it can be used to create complex components such as aircraft engine parts and medical prostheses.

“Our company is experiencing rapid growth and strong increase in demand. That’s why we plan to boost R&D, diversify our portfolio, increase our production capacity and enhance productivity. The government support will help us address critical needs and continue to do what we do here in Québec,” said Alain Dupont, President and CEO of AP&C.

“It is with great pride that we support the establishment of AP&C Advanced Powders & Coatings Research Center in the Laurentians. This project will undoubtedly contribute to the growth of Québec’s aerospace and biomedical sectors, for which 3D printing has strategic importance. I am convinced that companies which use this technology will be able to further increase their competitiveness in these key sectors of our economy,” said the Minister of Economy and Innovation, Pierre Fitzgibbon.

Montréal International, Greater Montréal’s economic promotion agency, has accompanied the company for its expansion project in 2016 and again this year. “The aerospace industry is one of the future focus points at the heart of our sectoral strategy, which has enabled Greater Montréal to develop a strong economic identity. Today, our region is one of the world’s top aerospace hubs, bringing together industry giants such as AP&C and a critical mass of more than 200 specialized companies,” said Hubert Bolduc, President and CEO of Montréal International.

Investissement Québec, whose role is to attract new foreign investment to Québec and to support international subsidiaries when they establish themselves so that they continue to grow and invest, welcomed AP&C’s expansion project. “For the last few years, we have teamed up with AP&C to provide them with the support they need in the pursuit and development of their activities. As an agent of the government, we are proud to have facilitated the funding of this project and thus, to have contributed to creating high value-added jobs in Montréal,” said Pierre Gabriel Côté, President and CEO of Investissement Québec. 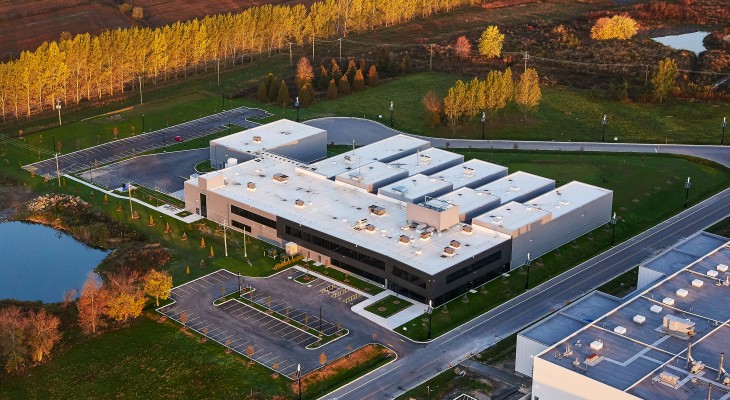 About AP&C
AP&C is a global leader in the production of high-purity titanium, nickel and aluminum metal powders used for various metalworking applications including additive manufacturing (3D printing). The company mainly serves the biomedical and aerospace industries. AP&C, a key Arcam AB supplier since going into business in 2006, was acquired by the Swedish company in 2014. Arcam AB (including AP&C) was later acquired by GE Additive in 2017.