HomeNewsCreation of 450 jobs and new...

Unity Technologies, the creator of the world’s most widely used real-time 3D platform, expands its operations at its Pointe-Saint-Charles office, creating more than 450 jobs over the next few years. Founded in Denmark and established in Montréal in 2011, Unity gives anyone from emerging creators to global technology, entertainment, and manufacturing brands the most powerful and accessible tools to create, operate, and monetize anything imaginable for the real-time world.

With 30 locations around the world, Unity has made a name for itself in the gaming industry, with more than 50% of all mobile games made with Unity, including popular titles like Angry Birds, Pokémon Go, and Super Mario Run. Unity has also expanded into verticals such as automotive, M&E (media and entertainment), and AEC (architecture, engineering, and construction), emphasizing the power of real-time 3D development across the enterprise. Lexus, AutoDesk, Disney Television Animation, and more have partnered with Unity for visualization, modeling, and creation of almost any project or idea, making their creative dreams a reality.

“It’s an honor to be recognized for Unity’s positive impact on the economy of Canada,” said André Gauthier, Montréal Studio Head/Development Director at Unity. “It’s important to me that Unity has a thriving office in Montréal because it’s home to a dynamic community comprised of top tech talent, gaming studios, and indie creators. One of Unity’s most important differentiators is our community and we look forward to growing and fostering that in Montréal.”

Additionally, the expansion of Unity’s Montréal office will make it possible to establish monetization and cloud groups that will employ artificial intelligence experts, developers, and engineers. Montréal will also be home to Unity Labs’ second branch (after San Francisco), where engineers and machine learning experts will focus on creating prototypes for the technology of the future. 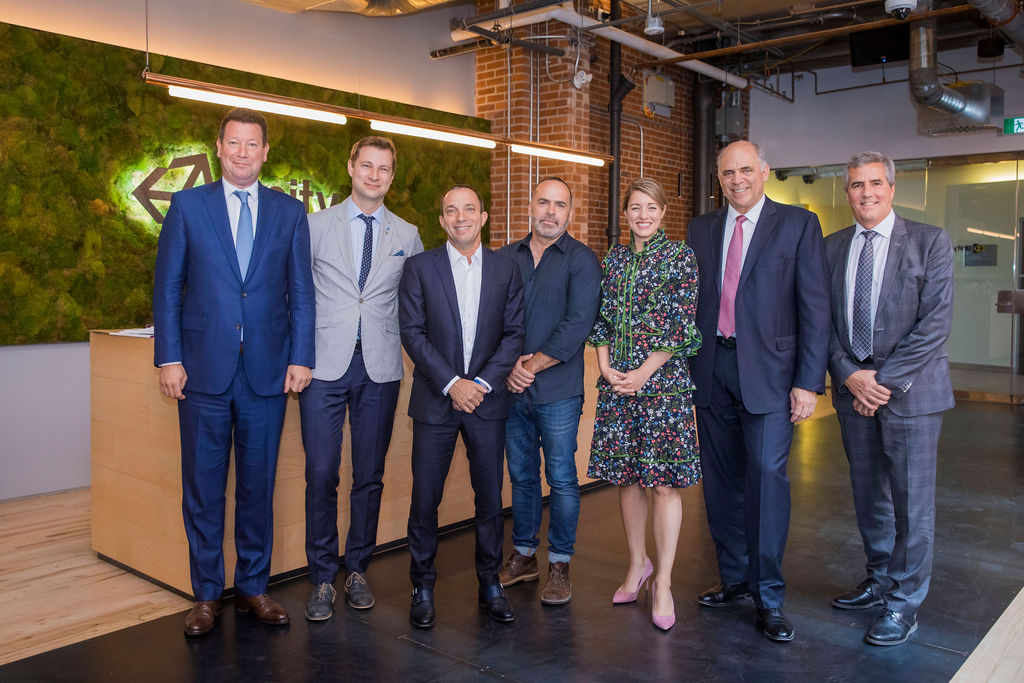 “Today’s announcement shows that Canada is a great place to do business. With the expansion of the CanExport funding programs, the government continues to support provincial and municipal economic development organizations that, like Montréal International, play a key role in attracting international investment to Canada.”

“It is thanks to the presence of companies like Unity, among other things, that Québec can continue to compete with the top global players in video games and artificial intelligence. Last January, during an economic mission to Las Vegas, I had the opportunity to present Québec’s strategic assets to Mr. Sylvio Drouin, Vice-President Research Labs at Unity. I am proud that this discussion, as well as the work done by Montréal International and Investissement Québec, have come to fruition and resulted in the creation of 450 well-paying jobs in Montréal.”

—Pierre Fitzgibbon, Minister of the Economy and Innovation

“I am very pleased that Unity has chosen to expand its operations in Montréal and create 450 new quality jobs. There’s no doubt that our city has the wind in its sails, thanks in part to our vibrant ecosystem of new technologies. My administration is determined to do everything to enhance the quality of life that defines Montréal, making the city a top destination for talent and investment.”

—Valérie Plante, Mayor of Montréal and President of the Communauté métropolitaine de Montréal

“Greater Montréal is enjoying unprecedented recognition among foreign investors. Since 2016, Montréal International has facilitated around 60 foreign investment projects worth close to $2 billion, helping to create close to 6,400 jobs in the artificial intelligence, video game and visual effects industries alone. We are proud to contribute to the success of a company like Unity Technologies that is looking to grow in our great city and leverage the expertise of our highly skilled talent.”

“We applaud Unity Technologies’ decision to expand its operations in Montréal. As part of its mission to support foreign subsidiaries and make sure they continue to grow in Québec, Investissement Québec maintains an ongoing dialogue with them to keep jobs and know-how in the province. We are proud to have helped convince the company to reinvest in Québec.”

For more information about the projects on which unity has worked: https://unity.com/madewith

Moderna coming to Laval: A turning point for the life sciences sector