LogMeIn, Inc., a global leader in remote work technology and a key influencer in today’s work-from-anywhere economy, today announced that it plans to increase its workforce by approximately 50 percent in Québec over the next 12 months, making Québec its primary North American engineering hub and Québec City its Canadian headquarters.

The company has plans to hire over 80 permanent employees plus a number of contractors in new roles which will include software developers as well as product and UX talent. This is part of a project to accelerate the development of its GoTo unified communication and collaboration (UCC) suite and other key components of its remote work portfolio. The new hires come as worldwide demand surges from companies looking to empower an increasingly remote-centric workforce.

LogMeIn first established its presence in Canada in 2018 and has rapidly grown its business there with over 200 employees currently working in the country and 134 new Canadian hires since 2018 alone. As a remote-centric company, LogMeIn provides its people with a rewarding work environment by promoting knowledge sharing and ownership, which is the cornerstone of the company’s culture. LogMeIn’s engineering department has put its employees at the centre of decision-making processes, entrusting them to do their best work, thus leveraging the diversity of experience across each team and unlocking the employees’ potential.  In addition, the company’s work from anywhere culture means that its people can manage their work location and schedule as their role and work allow.

As a market leader in unified communications and collaboration, identity and access management, and customer support solutions, LogMeIn has millions of customers spanning virtually every region that includes users of its popular products, including the likes of LastPass, GoToMeeting and its namesake LogMeIn remote access product line. The new roles in Québec City and Montréal will help support LogMeIn’s GoTo unified communications portfolio, adding talent that will have a direct impact on creating and implementing products and features that reimagine the future of remote work.

“Covid-19 has accelerated the remote working trend and it’s increasingly clear that most companies are embracing this as the new normal for work. We’re in a unique position to help companies make this shift, not just in video and voice, but in ways that really help translate collaboration into virtual and hybrid dynamics,” said Simon Perreault, VP of Software Engineering, LogMeIn. “Québec City and Montréal have a wealth of great talent that we believe will give us a distinct advantage when it comes to solving some of the most important technical challenges and opportunities facing millions of businesses and hundreds of millions of workers today.”

“Setting up its centre of expertise in the province of Québec for their GoTo flagship solutions will further support LogMeIn’s intensive growth strategy on a global scale. In recent years, through its many expansion projects in Québec, this visionary and dynamic company has demonstrated its development capabilities and its desire to contribute its expertise to the region’s technology network and Québec’s economy,” said Carl Viel, President and CEO – Québec International

“The announcement of this significant reinvestment is irrefutable proof that our technology ecosystem is well equipped to meet the demands of major international players. The many high-quality jobs that this expansion will create confirm the growing demand for this type of technology”, said Hubert Bolduc, President, Investissement Québec International. “LogMeIn is at the forefront of helping businesses worldwide to revolutionize the way they work, a mission that has become critical with the pandemic. With this expansion, LogMeIn can count on the best IT talent to continue its growth and remain a leader in this field,” said Stéphane Paquet, President and CEO of Montreal International.

“Our city’s skilled workforce and strong job market unquestionably contribute to the creation and maintenance of a favourable environment for business development,” Québec City Mayor, Régis Labeaume, said. “LogMeIn’s decision to set up its business in Québec City is a concrete example of this. Welcome to the entire team!”

LogMeIn, Inc.’s category-defining products unlock the potential of the modern workforce by making it possible for millions of people and businesses around the globe to do their best work simply and securely—on any device, from any location and at any time. A pioneer in remote work technology and a driving force behind today’s work-from-anywhere movement, LogMeIn has become one of the world’s largest SaaS companies with tens of millions of active users, more than 3,500 global employees, over $1.3 billion in annual revenue and approximately two million customers worldwide who use its software as an essential part of their daily lives. The company is headquartered in Boston, Massachusetts with additional locations in North America, South America, Europe, Asia and Australia. 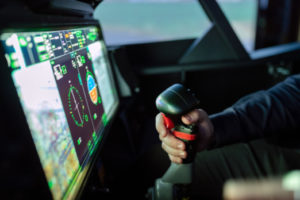 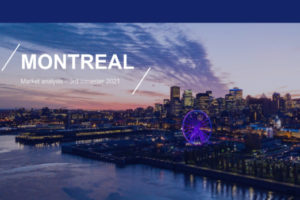 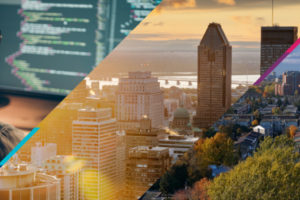