MegaZebra, an independent video games development company based in Munich, Germany and a pioneer in the web-gaming and mobile gaming space, announce the opening of its first international office in Montréal to take advantage of the city’s large talent pool and accelerate its growth.

“We plan to grow our team in Montréal to more than 50 video-gaming and digital entertainment professionals within the next three years,” says Mark Gazecki, MegaZebra’s co-founder. “We also intend to draw on the new talent pool offered by Montréal to quickly extend our team of game designers to also include software developers, artists and business intelligence experts.”

MegaZebra, established nine years ago by Henning Kosmack and Mark Gazecki, develops and self-publishes free-to-play games for mobile devices, such as smartphones and tablets, and for web platforms. Its titles include puzzle games and life simulation games such as Mahjong Trails, Solitaire Castle, Suburbia and Solitaire Chronicles which together have over 100 million installs. “The fact that we are an “indie” and self-publish our titles allows us to pursue creative projects, whatever we like as a team and see potential in,” notes Mr. Kosmack.

Mr. Gazecki explains that a number of factors prompted MegaZebra to open an office in North America, and in Montréal in particular. “The North American market plays a huge role for us in terms of users and revenue. As such it makes a lot of sense for us to have members with North American backgrounds in our teams.”

Another important reason behind MegaZebra’s decision was the support provided by local institutions, such as Montréal International, to help it assess the legal requirements, human resources and cost structure – and financial support programs – related to the new Montréal office, adds Mr. Gazecki. “A decisive factor was the fact that Marc-André Caron, a brilliant Montréal game designer, agreed to head up our Montréal office as Game Design Director. From the get-go there was great chemistry, and we share a vision for the types of products we would like to build, and the approach of how we are looking to grow our presence in Montréal.”

MegaZebra’s Montréal team is already working on existing and new mobile game titles and prototypes in collaboration with the company’s Munich office. “MegaZebra is financially independent and its leadership is exceptionally open-minded. This translates into a lot of creative opportunities for everyone,” says Marc-André Caron. “We already have three ongoing projects that were initially pitched by team members. Fancy titles don’t determine what gets done; the smartest, most practical, and most promising suggestions do. I’m here because this mindset is the foundation for everything we do.”

Hubert Bolduc, President and CEO of Montréal International, welcomed MegaZebra’s decision to establish an office in Montréal. “This new actor is another great addition to Montréal’s growing video games sector. It further reaffirms our position as a growing, globally recognized, technology services centre of excellence. We are already the 5th biggest global hub in this sector, with 140 of some of best studios and some 10,000 jobs.”

Montréal Mayor Valérie Plante was delighted with today’s announcement. “Montréal is a vibrant and creative city that offers some of the world’s highest standards of living and top academic centres allowing us to foster innovation and an incredible talent pool.  All this and much more make Montréal the ideal city for ambitious industry leaders such as MegaZebra who wish to grow their operations.”

The consulting firm intends to build a team of 40 experienced professionals over the... 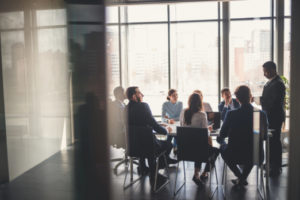 Celebrating 67 international organizations near you 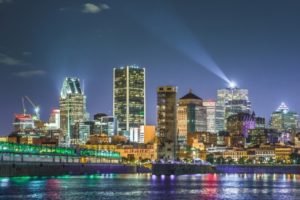 Montréal has plenty of space and room for everyone! That’s the message Montréal...