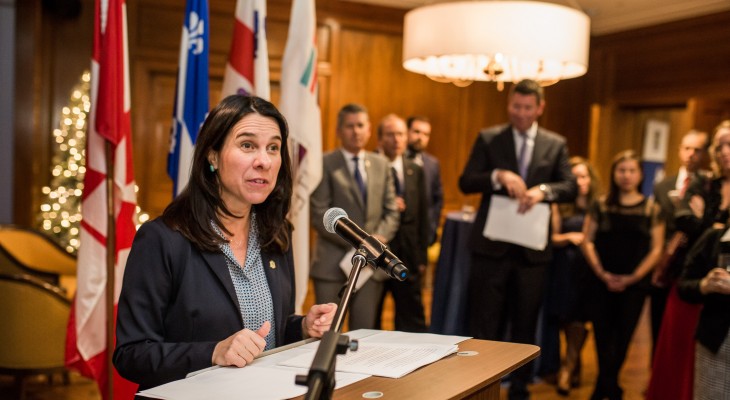 Now in its ninth year, the event was hosted by RBC Royal Bank and brought together close to 120 attendees, including representatives of government, the private sector and international organizations, who took the opportunity to connect and look back on major projects announced over the past year.

The Mayor acknowledged Montréal International’s contribution to the projects and its key role in enhancing the city’s global reach and reputation. “Montréal International has done a great job boosting Montréal’s credentials and attracting talent and job-creating businesses in industries with growth potential. My team and my administration will be happy to support you in your mission,” said Ms. Plante.