More than 600 people come together to discuss international trade

Today, the Chamber of Commerce of Metropolitan Montreal, Montréal International and Investissement Québec held the Strategic Forum called International Trade at the Heart of Economic Growth.

Over 600 people came to the Palais des congrès de Montréal to hear speakers talk about exports and attracting international talents and investment. The event was attended by Valérie Plante, Mayor of Montréal and President of the Communauté métropolitaine de Montréal, and Pierre Fitzgibbon, Minister of Economy and Innovation and Minister Responsible for the Lanaudière Region.

“Montréal and Quebec’s economy is performing admirably well, and Quebec companies that are active internationally are contributing a great deal to this vitality. Today’s forum showed us concrete examples of exporting companies that are seeing international success. The business community is currently focused on growth sectors such as cybersecurity and green technologies. It’s clear that we can indeed repeat our successes with artificial intelligence and the video game industry. The conditions are ripe for Montréal to benefit in an unprecedented way from the innovation and confidence of our companies,” said Michel Leblanc, President and CEO of the Chamber of Commerce of Metropolitan Montreal. 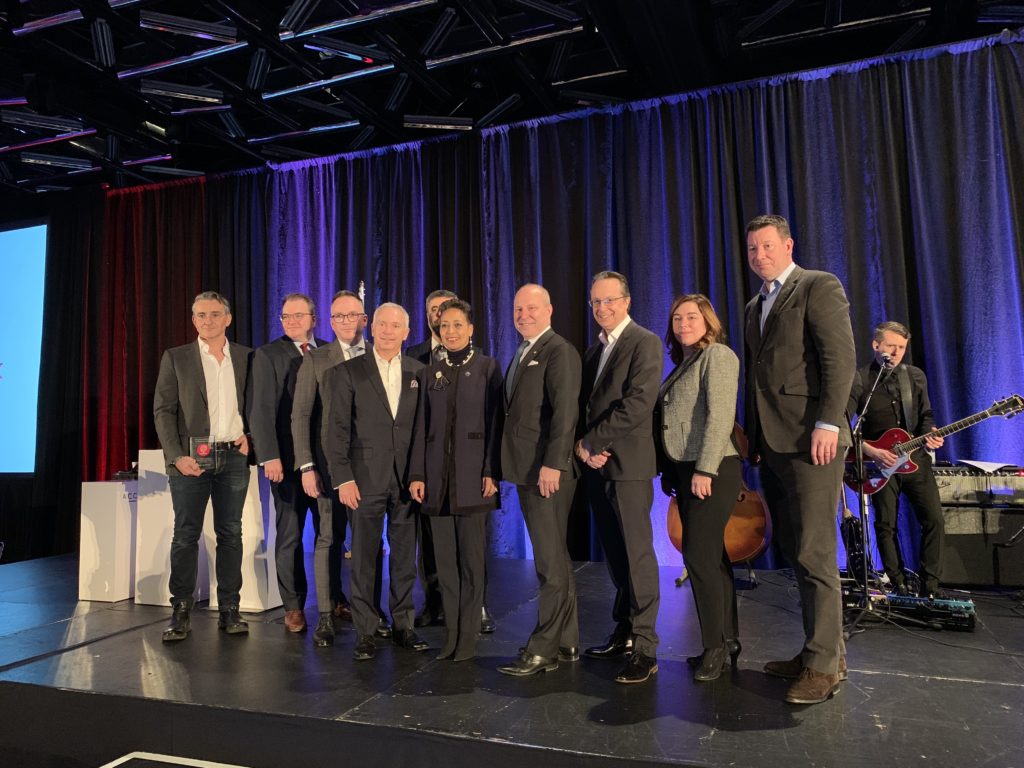 Over 80 companies applied for the four awards, and the winners were announced at the Forum:

AlayaCare won this award for the clarity of its strategy in a highly sensitive regulatory and data protection environment. It also stood out through its innovative mission and use of technology in the sector of home care for seniors.

CAE was selected for its ability to constantly renew itself and innovate thanks to new technologies. The company, which translates its simulation innovations to other industries, brings great added value to its own sector and far beyond.

Epic Games received this award for its reputation and unique vision. It created a very high-level subsidiary in Montréal that has become competitive by developing attractive working conditions. The company greatly contributes to the city’s economic development and the success of the video game industry.

Framestore was awarded this prize for the attraction and retention strategy that it clearly defined in its application as well as the many concrete initiatives that it has launched. The impact of its strategy has been impressive in terms of not only attracting but also onboarding and retaining talent and diversity.

This Strategic Forum is part of the second edition of the internationalization initiative co-developed by the Chamber of Commerce of Metropolitan Montreal, Montréal International and Investissement Québec, in collaboration with Air Canada, the Communauté métropolitaine de Montréal, the Ville de Montréal, the Government of Quebec and RBC Royal Bank.

About the Montréal International Awards

About the Chamber of Commerce of Metropolitan Montreal (CCMM)

With a network of over 7,500 members, the CCMM is active on two fronts: being the voice of the Montréal business community and delivering specialized services to businesses and their representatives. With its finger on the pulse of current events, it acts on issues that are decisive for the prosperity of the city’s businesses. With the support of the Acclr experts, the CCMM’s goal is to accelerate the creation and growth of businesses of all sizes, at home and around the world.