Building on its success across Canada, Rise People Inc (“Rise”), a leader in human resources management software, is opening its first office in Montréal to better support the development of businesses in the region. The new Québec team currently comprises ten people, but hopes to double this number in the next 12 months.

“The present bout of phenomenal growth in employment and in the high-tech sectors is driving companies to adopt tools that can be used to effectively manage human resources, payroll and benefits. This leaves them free to focus on other issues such as recruitment and employee well-being,” explains Diane Lafontaine, appointed Chief Québec Officer.

The Canadian company also sought to highlight its arrival on the Québec market by demonstrating just how important it considers this region. “For the occasion, we chose to adapt our brand in French and convey the promise we make to our customers, namely to simplify human resources management. In Québec, we will be known as Simple comme Rise,” explains Diane Lafontaine.

Montréal International, Greater Montréal’s economic promotion agency, welcomes the arrival of Simple comme Rise in the Québec metropolis. “Montréal has experienced the greatest economic growth in Canada over the past year and ranks third among the major Canadian and American cities for job creation. Companies in the region will now be able to turn to targeted expertise in human resources management, which will directly underpin their competitiveness in their respective fields,” said Stéphane Paquet, Vice-President of Foreign Direct Investment and International Organizations, Montréal International.

Rise People is the first and only all-in-one HR platform in Canada. It offers a series of modern human resources, benefits and payroll solutions used by tens of thousands of employees across the country. It is headquartered in Vancouver and has offices in Toronto and Montréal.

Montréal, the next global hub for AI for health

Disney Animation project to be produced by Cinesite in Montréal 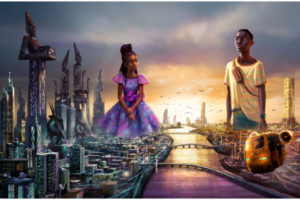