HomeNewsHarold Lloyd’s films to be...

Harold Lloyd’s films to be animated in Montréal

Cinesite Studios has announced a partnership with the Harold Lloyd Estate and Comic Animations to adapt Harold Lloyd’s films into a series of animated features.

Harold Lloyd was a comedic genius and one of the most influential and successful filmmakers of early cinema. As an actor, comedian, stuntman, writer, director and producer, Lloyd made nearly 200 films between 1914 and 1947. He was a pioneer in the use of thrill sequences, daredevil physical feats, innovative camera angles, color in film and 3D photography. These tremendous accomplishments, along with the universal appeal of his stories, makes Harold Lloyd and his antics a natural for animation.

“Today’s films and filmmakers stand on the shoulders of Harold Lloyd with his innovations and unparalleled sense of story, camera and comedy,” said Rosenbaum. “It is an honor to work with Suzanne and the Harold Lloyd Estate.”

Cinesite opened its animation studio in downtown Montréal a little more than a year ago with the support from the Ministère de l’Économie, de la Science et de l’Innovation, Investissement Québec and Montréal International.

Independently owned Cinesite Studios est in 1991 has facilities in London, Montreal and Vancouver. It creates a variety of animated and family entertainment for audiences around the world alongside delivering world-class VFX for Hollywood. The untitled HAROLD LLOYD film sits alongside two previously announced feature animation projects due to go into production at Cinesite Studios. The first RIVERDANCE, produced by Comic Animations and Ireland’s River Productions and the second IMAGINARY FRIEND, produced by Jeremy Renner and Don Handfield’s The Combine, with Straight Up Films and Comic Animations.

Comic Animations is a British production company, which partners with talented screenwriters and filmmakers to create wonderfully funny family animation feature films with the highest production values. It takes creative concepts from initial development and seed financing through to final delivery 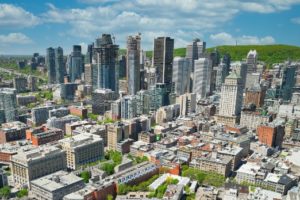